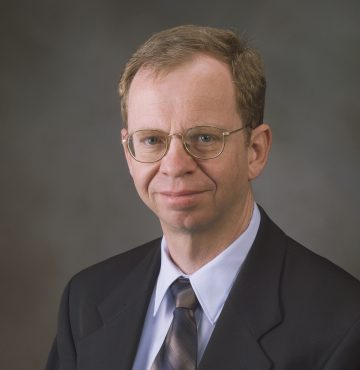 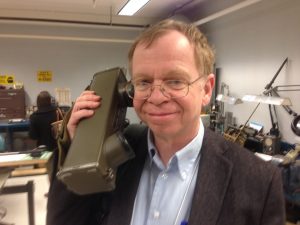 Dr. Jeffrey H. Reed is the founder of Wireless @ Virginia Tech, and served as its Director until 2014.  He is the Founding Faculty member of the Ted and Karyn Hume Center for National Security and Technology and served as its interim Director when founded in 2010.  His book, Software Radio: A Modern Approach to Radio Design was published by Prentice Hall and his latest textbook Cellular Communications: A Comprehensive and Practical Guide was published by Wiley-IEEE in 2014.  He is co-founder of Cognitive Radio Technologies (CRT), a company commercializing of the cognitive radio technologies; Federated Wireless, a company developing spectrum sharing technologies; and PFP Cybersecurity, a company specializing in security for embedded systems.  In 2005, Dr. Reed became Fellow to the IEEE for contributions to software radio and communications signal processing and for leadership in engineering education. In 2013 he was awarded the International Achievement Award by the Wireless Innovations Forum.  In 2012 he served on the President’s Council of Advisors of Science and Technology advisory group that examined ways to transition federal spectrum for commercial use.  Dr. Reed is a past member CSMAC a group that provides advice to the NTIA on spectrum issues.

This website uses cookies to improve your experience while you navigate through the website. Out of these, the cookies that are categorized as necessary are stored on your browser as they are essential for the working of basic functionalities of the website. We also use third-party cookies that help us analyze and understand how you use this website. These cookies will be stored in your browser only with your consent. You also have the option to opt-out of these cookies. But opting out of some of these cookies may affect your browsing experience.
Necessary Always Enabled

Any cookies that may not be particularly necessary for the website to function and is used specifically to collect user personal data via analytics, ads, other embedded contents are termed as non-necessary cookies. It is mandatory to procure user consent prior to running these cookies on your website.